On 10 March, Torrevieja City Council, in cooperation with Casaverde Foundation, celebrates the III Edition of HealthCare Information Conferences under the question, What do they know about Spanish Health System?

The main goal is to approach to Norwegians resident in Spain the opportunity of getting to know all their rights and resources available to live with a higher quality of life.

The event took place at Palacio de la Música and among the attendees were the Norwegian Consul and the mayor of Torrevieja, Sir Dolón.

Participation in the event was distributed between Norwegians and Swedes.

During the event, many issues were updated, such as the Disability law which was presented by Esther Duréndez (Callosa City Council), disability (Carmen Morate, councilman of foreign population, social action and volunteerism, and social services with the help of Ceferina de Gea, social worker of Pilar de la Horadada, among others. 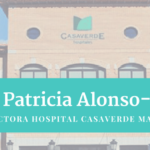 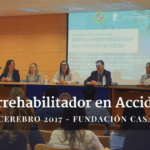