The City Hall of Torrevieja and Casaverde Foundation have organised the second edition of the Hi Healthcare conferences destined to inform about health resources and dependency for foreigners residents in the area. On this occasion, the information was focused on attend the needs of the more than 2000 Germans settled in the area.

During the event, a program about the consulate’s role, health in Spain and the available resources in the community to increase the quality of life of German residents was approached.

The Mayor, José Manuel Dolón, expressed his thanks to all the attendees for choosing Torrevieja to settle their residence, and stressed the importance of conferences like this one to make citizens feel safety in the destination country, and to know the aids to which they have right and the way in which they can request them.

He also pointed out the importance of providing as much information as possible from the City Hall, for being the nearest institution to citizens. In the ceremony, the Mayor met with the German Honorary Consul, Dorotea von Drahosch Sannemann, to whom he informed about the municipal aids destined to elderly people which will come out at the beginning of the next year, and, on the other hand, he transmitted her his concern about the need of assemble mechanisms that allow elderly people who live alone, to have a regular communication, through associations and entities, avoiding in this way abandonment situations.

After the German Consul’s intervention, the social worker of the Town Hall of Pilar de la Horadada, Ceferina De Gea García, approached the main resources offered by the Generalitat Valenciana and the central Government in the area.

Paula Gálvez, social worker of the Casaverde Almoradí Centre for Seniors and social worker of dependency of the Bajo Segura Commonwealth, approached the Dependency Law in the Valencian Community, and informed attendees about the necessary bureaucratic procedures to confirm a dependency and the available resources once it is gave.

By the other hand, the International Residents’ city councillor, Carmen Morate, has very positively valued this initiative because she considers that “most people did not know the services provided by the administration in case of social emergency and severe health problems”. She also stressed the importance of “let the caregivers of their partners know that there are helps as the Respite care voucher, which is practically the same as in their country of origin”. Finally, she has shown her willingness to contribute actively in “improving the flow of communication with citizens”.

The conference was well received by the attendees and provided updated information, and in their own language, to German citizens who are looking for a place to grow old actively in the Costa Blanca. 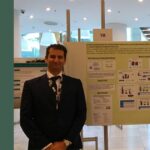